One of several maidens that serve Odin, by choosing and collecting fallen warriors for invitation to Valhalla. Valkyrie can be found throughout the realms, offering the player an opportunity to impress them through combat in their arena.

In each saga, Valkyrie oversee arenas where the hero must face waves of enemies. The 25th enemy is always a mini-boss, with a unique drop, and mini-bosses continue to spawn every 10 enemies or so. The Valkyrie will award the player depending on the number of enemies defeated.

Each Valkyrie demands the payment of one Hogni's Heart every time you wish to enter their arena. One heart is given as a quest reward per saga, and extras can be purchased from Sidri and Brokk. If the player reaches 25 kills while in the arena, then the player will receive a Hogni Heart as an additional reward, effectively making the arenas free. 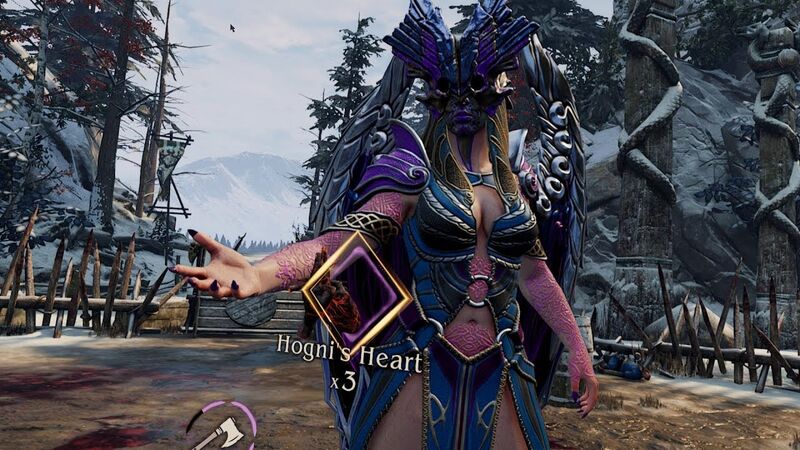