Steinar is a humanoid animal follower that can be recruited by the hero.

Steinar is a bull of the Defender class. "An imposing presence. Like a volcano, his anger bubbles beneath the surface."

Found in Midgard's Highlands, Steinar the bull is a gruff and imposing presence. Like a volcano, his anger bubbles just below the surface until it erupts. He will put his own body on the line as a defensive bulwark. His favorite food is cabbage. 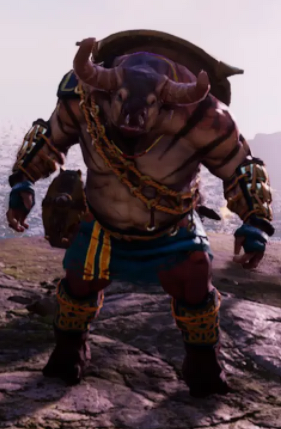 Steinar can be recruited at Midgard Highlands in Midgard.