Rolf is a humanoid animal follower that can be recruited by the hero.

Rolf is a wolf of the Brawler class. "An obedient member of your pack. He fights tooth and claw on your command."

Found roaming the ruins of Hel's Old Keep, Rolf is always ready for a class of weapons. He is restless, alert, and loyal to his pack. His favorite food is apples. 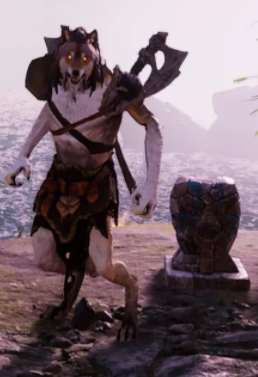 Rolf can be recruited at The Old Keep in Niflheim.