Ingrid, the shieldmaiden, is a hero in Asgard's Wrath.

Ingrid lost her brother when her village was sacked by Tyr and his army. She seeks vengeance with the aid of the player character. An iron willed fighter who lost her brother to the god Tyr and his warrior cult, whose army now roams the stormlands, pillaging and leaving death in their wake. She has sworn to avenge her dead brother and restore honor to her family.

Items that are unique to each hero. Weapons and armor are introduced through the story and upgraded linearly by crafting with Sidri and Brokk in the tavern. After crafting various individual armor pieces, each hero has 1-2 final armor sets with immunity to certain effects. 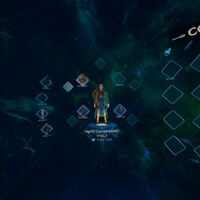