There are a number of different types of enemies in Asgard's Wrath.

Standard enemies are minor foes that just have a standard health bar and are defeated by simply depleting their health.

Enemies wearing runic armor cannot be harmed until their armor is destroyed. This is accomplished by building up the enemy's rage to maximum, baiting them into performing a signature attack. The hero then must parry this attack to stun the enemy, and at this point, the enemy's armor can be damaged and destroyed, allowing normal damage.

Boss enemies are major foes that are much larger than typical enemies and have the ability to perform devastating attacks. Each has mechanics for several styles of attacks that must be avoided. Boss enemies are encountered during significant areas of the main quest line and as the 25th enemy during Valkyrie arena challenges. In order to finish them, once wounded enough, the player is prompted to use two hands to rip out a head, heart, intestine, or eyes as a finishing blow. 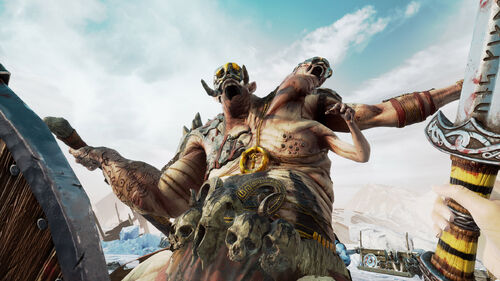 Boss fights are culminating battles during each saga that finish the arc for that hero. The active hero usually requires additional assistance from the player character, and unique game mechanics are used. 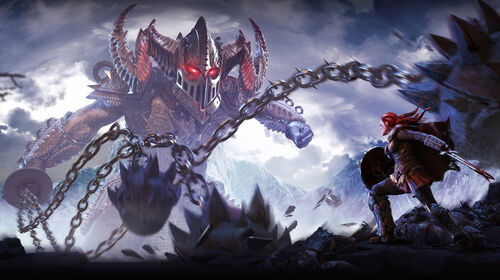